Like many others, I’ve spent ages trying to get Microsoft to show websites correctly and actually be able to read and write Chinese characters on a non-Chinese version of XP.

There’s bits and pieces on the web on how to overcome this but I found them not so useful (especially as I don’t have the installation discs to hand for Chinese character support or ahem.. am running a pirate installation…:-P)

Unfortunately you have to have admin rights to be able to set up Microsoft IME via the control panel and be able to write characters using the MS pinyin imput method. You also need admin access to be able to change windows so it defaults non-Unicode programs to use simplified Chinese – if you don’t do this when you load QQ all you see is squares…

There is a way around this if you don’t happen to have admin access to your machine i.e You’re at work . You can install NJStar CJK Viewer .

This will allow you to see characters in programs like QQ which are non Unicode even without the windows settings being changed in the control panel. It’s very useful for viewing but does have the habit of crashing things every so often so be aware…

I also use a great plugin for firefox that lets you type hanzi within Firefox without having to mess around with any of the settings in the control panel. It’s quick and can be disabled/re-enabled by hitting ctrl+f12. The only downside is that it only works within the Firefox window, and so cutting pasting out into external programs wont work unless you have chinese character support installed ..

You can even get into QQ and type hanzi this way by using a web based IM like imhaha.com, I have found this so timesaving.

Of course Vista can read hanzi built in but there are so many other compatibility issues I had with Vista I went back to trusted XP!

It’s a market-stall versions bought from the vendors in one of the underground markets in Changchun. Strangely it’s called ‘Tomato XP’ and the Microsoft splash screen has been replaced by cartoon pictures of the red vegetable superimposed onto the windows hill! 🙂 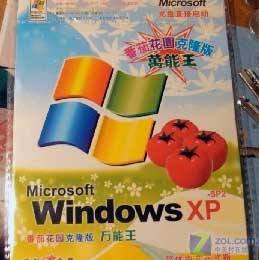 I find this the best way to overcome compatibility issues. Of course you’ve got to have some understanding of chinese to be able to do this, so it is not useful if people who have acces to your computer cant read chinese characters.

For the uniniated to type Chinese characters (hanzi) on a computer they need an input system that allows the phonetic pinyin system to let people choose which characters to use. Unlike what Hollywood portrays Chinese keyboards are the same as western keyboards, they are not the size of a room with a different character showing on every key!

Microsoft provide Pinyin IME, which is a standard input program for typing 汉字 within Windows. It’s ok but not brilliant as its not intelligent as it could be. It is simpler and slower to use than other systems.

There is another IME from sogou the search engine people (搜狗拼音输入法) that I find much more intuitive and faster as it learns and remembers what you have typed previously. It also allows the use of spaces so you can easily switch between English letters and Chinese characters without having to fiddle around with clicking on the menu bar or hitting shift.

Google (谷歌拼音输入法) have their own version which looks suspiciously like Sogou’s version…Infact it is a blatant rip from Sogou’s code simply re-branded in the Google way! It’s quite amusing that Google have decided to use such typically Chinese cloning tactics – perhaps they too have finally realised that copyright law in China isn’t worth the paper its written on. I wonder how it is before we see other western firms copying Chinese technology…

Go to the main page
anyShare分享到：